Aiyudot Khom has been creating public art in and around Adelaide since 2013.

Since 2016, Aiyudot has used fences to present community-based artworks.

In partnership with the Goodwood Road Traders Association and the Goodwood Primary School, Aiyudot has presented a series of artworks on the school’s fence, celebrating the seasons, events and institutions of the Goodwood community. This project was joint-winner of the 2017 Mainstream SA award for best market or street activation.

Aiyudot also has created fence art on Clarendon Street, Adelaide, as part of the Upper West Side project, the Main Assembly Building at Tonsley, during the 2016 Maker Faire,  St Michael’s College, Henley, during the school’s 2017 art week, Adelaide CBD, through Splash Adelaide, the Modbury Sporting Hub with support of the City of Tea Tree Gully, Apex Park Hawthorndene, through a City of Mitcham public art grant and Bowden, with support of Renewal SA. 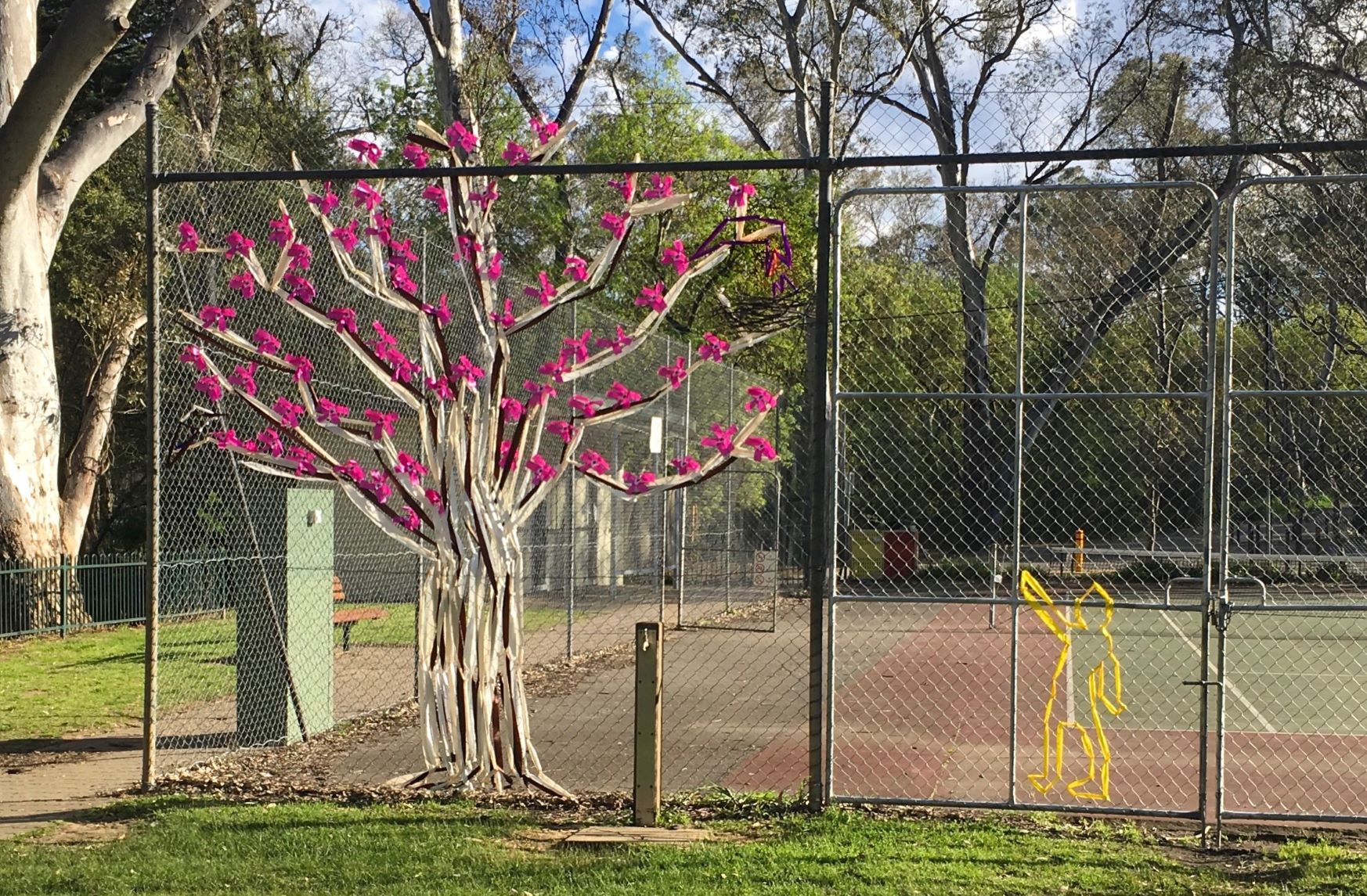