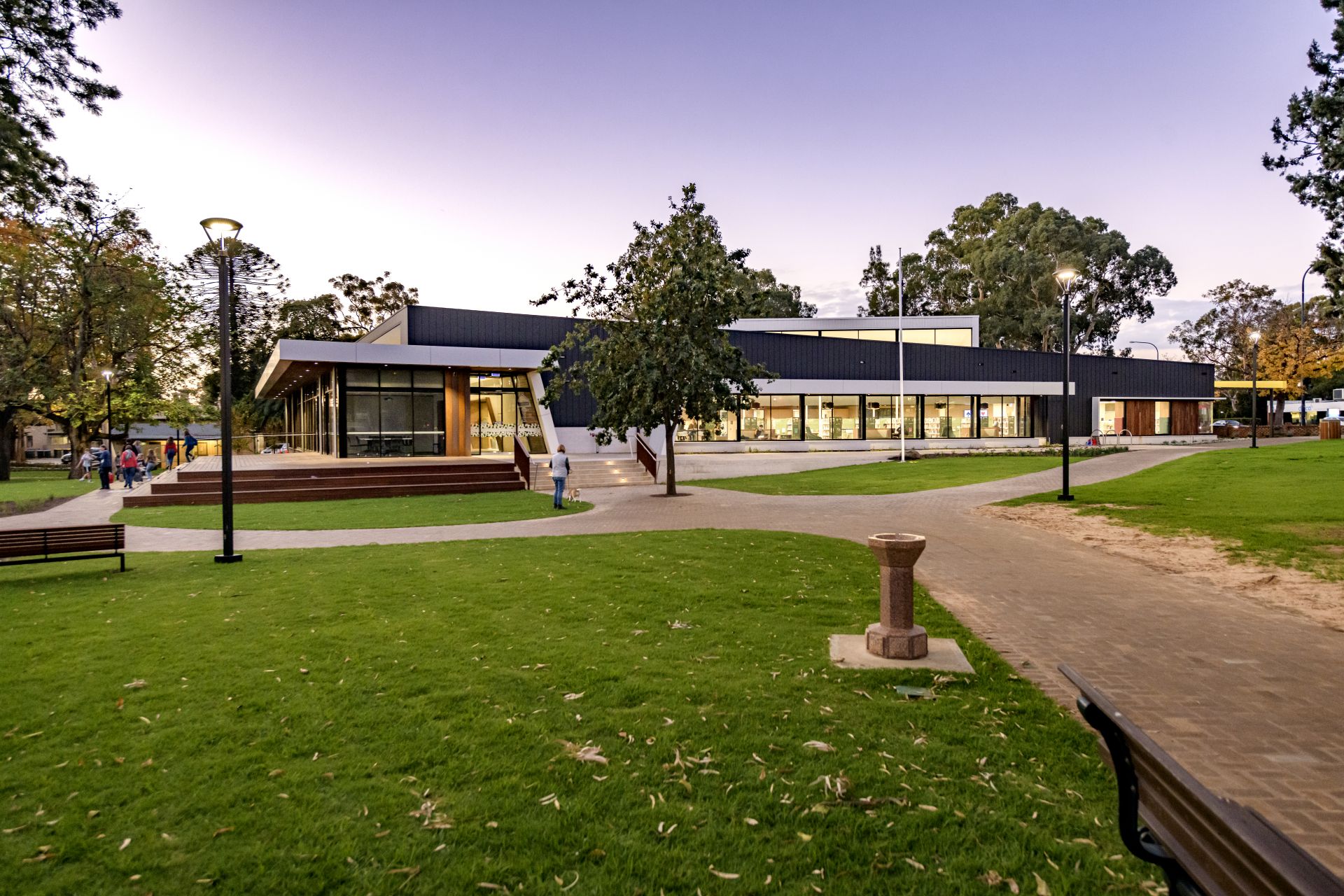 The Mitcham Memorial Library and Brownhill Creek redevelopment was named winner in the Excellence in Infrastructure Delivery Award.

City of Mitcham Mayor Dr Heather Holmes-Ross said since its completion in May 2019, the Mitcham Memorial Library and Brownhill Creek redevelopment had created a vibrant precinct that had been welcomed by residents.

“The City of Mitcham community now has access to an attractive, accessible precinct which demonstrates respect to the heritage of the site,” she said. “This is a project that was delivered with minimal impact on the ratepayers but has had a positive impact on the community and we are thrilled to be recognised in this award.”

The $10.6m redevelopment includes an expanded public library (770m2 to 1476m2) that includes additional services including bookable meeting rooms, a public gallery, parents’ room, external deck and an integrated Toy Library, along with a redeveloped creek, car park, landscaping, pedestrian paths and a section of City to Hills bikeway.

As part of the St Marys project, City of Mitcham created a car park using a permeable asphalt surface made of 50 per cent waste tyres to harvest rainwater for irrigation and prevent pollutants discharging into the stormwater system.

Over four tonnes of waste rubber were used to create a carpark surface that allows water to percolate down to tree roots where pollutants are taken up by the trees as fertiliser, creating bigger trees with healthier canopies that provide year-round shade to the carpark.

During construction of the carpark a geothermal pipe was installed under the carpark base, and if successful, could provide up to 5kW of power to adjacent sports clubrooms.

Completed in August 2019, the site has been part of a major field trial investigating sustainable urban drainage design.