The historic Mitcham Water Works are located on Ellison Creek, within the Brown Hill Creek catchment. 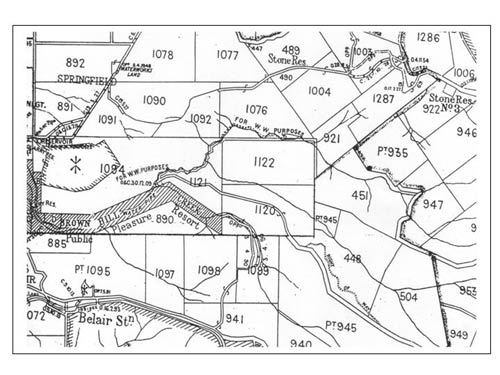 Built in 1879, these Water Works supplied water to the village of Mitcham and supplemented the water supplies of Unley and Adelaide. Today the Mitcham Water Works are a rare example of mid-nineteenth century technology for harnessing and reticulating water. Research into the construction of the Water Works has been undertaken over several years by students from the Department of Archaeology, Flinders University and volunteers of the Mitcham Heritage Research Centre. The Water Works were rediscovered in 2002 during a heritage survey by the Hills Face Zone Cultural Heritage Project.

An excavation by students from the Department of Archaeology, Flinders University and volunteers from the City of Mitcham's Mitcham Heritage Research Centre, during National Archaeology Week 2010, documented the 137,000 litre brick well, value tank and settling pond. The weir was not located.

Four kilometres of six inch iron pipe imported from Scotland connected the Water Works to the Mitcham Tank, a large water storage tank at the end of Fullarton Road, Springfield. Exposures of pipe along this route were recorded in 2002 by A. Ash, during a Flinders University student project and new exposures resulting from heavy rain during 2010 were documented in April 2011. 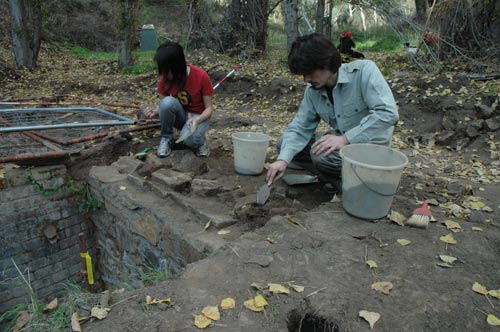 The National Archaeology Week excavation of the Mitcham Water Works was funded by the City of Mitcham and supported by Flinders University and the present land-owner, Mr Raymond Spencer. For further information contact the Local History Officer on 8372 8261.